UPDATE: The dashboard organizational changes described here have been rolled out as of June 21, 2011.

###The Current Environment-centric User Experience In its current incarnation, the AppCloud dashboard lists all of your environments. Usually, your applications use separate environments for development, staging, and production, and, as shown in the figure below, an application will appear in several different places on the dashboard. 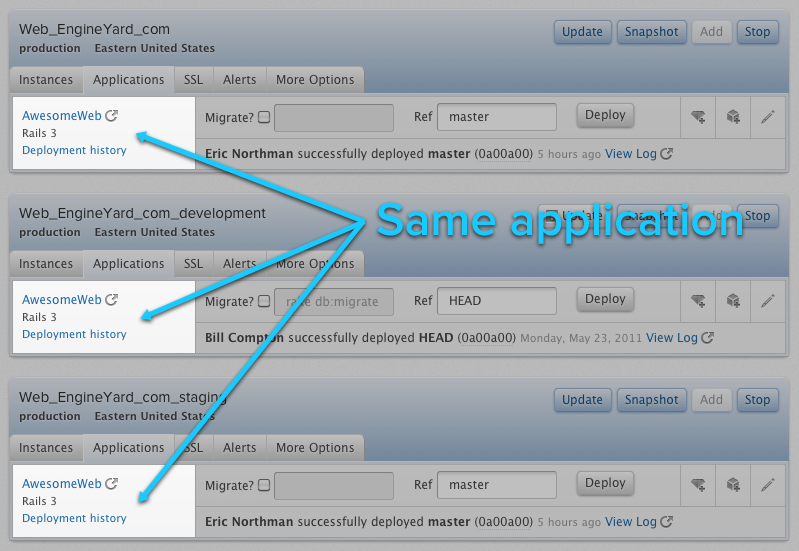 But developers care about applications, not cloud-hosted virtual servers. We want to eliminate the need for Sysadmins, not make you pretend to be one. Applications need to take center stage. ###The Application-centric User Experience The customer research we’ve done has shown us that most developers think about their applications as code which deploys to one or more environments. In our last major user experience change, we changed the New Application and Environment workflow to focus on creating the Application first. Now it’s time to evolve the dashboard interface: 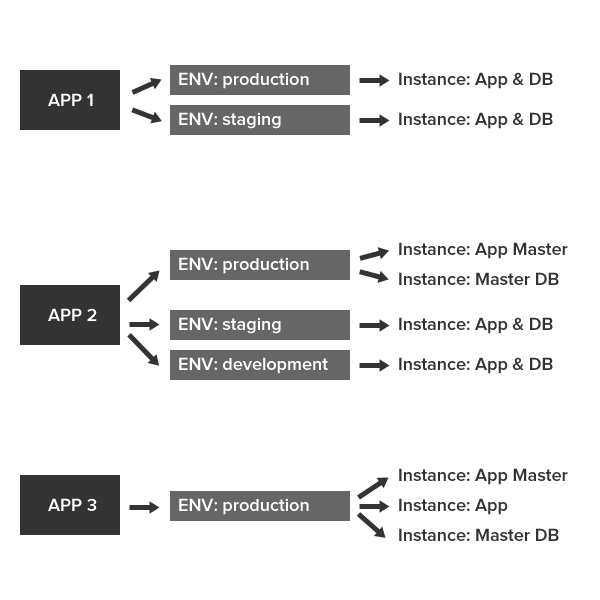 Of course, this cognitive shift will catalyze plenty of UI changes.On the dashboard, instead of seeing all of your environments listed with all of their many details and options, you will see a cleaner list of your environments, grouped by application (and account, if you belong to more than one). 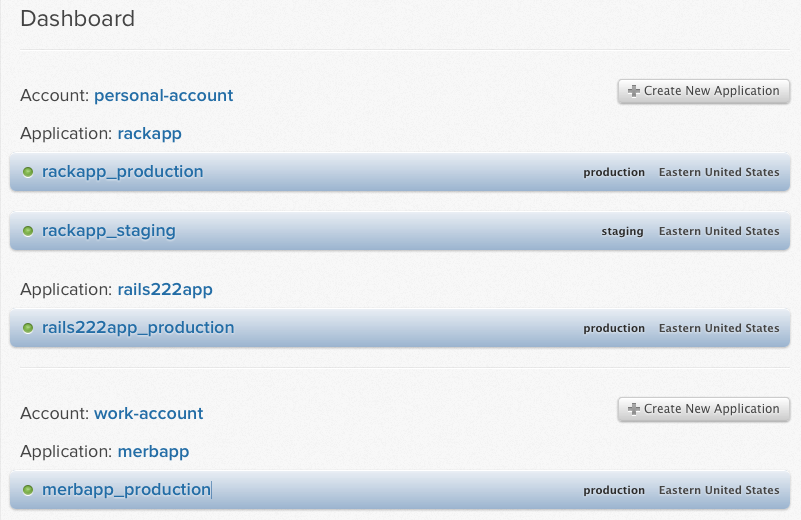 When you drill down into an account, you will have a similar view, but it will just be for that account’s applications and environments. This is also how your dashboard will look if you don’t use our collaboration feature to access more than one account.

When you drill down into an application, you will have your list of environments for that application, as well as that application’s relevant information and options. We’re also adding some of the functionality that was previously on the Applications page (linked in the sidebar), like the Deploy Key. We’ll also remove that application’s page since it is no longer necessary with these changes in effect. 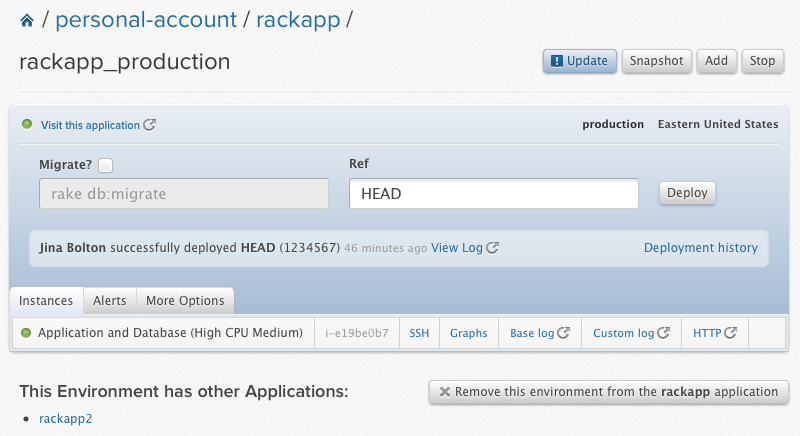 If you have more than one application on that environment, those ‘neighbors’ will be listed below. Clicking on the link of another application in that list will take you to that application’s deployment and environment details.

Aside from the breadcrumb-style header we’re introducing to show you where you’re at and to speed up navigation, these changes we’re rolling out with in the next few days are mostly organizational in nature. We’ll be working hard over the next few weeks to make further design improvements and propagate this new conceptual model across all of AppCloud’s workflows—we’ve got some awesome stuff in the works.

As always, please let us know what you think, and stay tuned!