Every year, there is a gathering of developers, looking toward the future of a framework that nearly 15 years ago brought Ruby to the web. That gathering is Rails Conf, and the 2018 edition is in Pittsburgh, Pennsylvania! 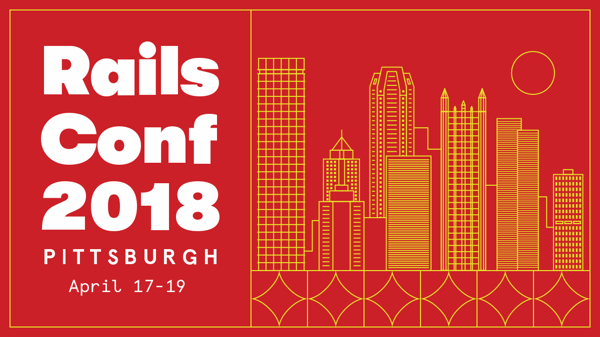 April 17th to 19th will be the dates many of us will head to the Steel City to learn, hack, meet up with old friends, and make new connections in the Ruby community, all under the umbrella of Rails Conf. This year will be another stellar year, and you don’t want to miss out.

To give you an idea why here are Engine Yard’s Top 5 Reasons not to miss Rails Conf 2018!

5 - More Rubyists Than You Can Shake a Stick At
RailsConf is the largest annual Ruby conference on the planet! With an average 1600 attendees, about 50 speakers, and the most amazing conference combination of staff and volunteers, there’s no doubt you’ll find your people at RailsConf!

4 - An Amazing Community
As Avdi Grimm pointed out after Ruby Conf in New Orleans, there is something about the Ruby Community that keeps bringing people back. The technology is amazing, but it’s really the people that make the technology worth spending the time.

3 - Karaoke at the Hard Rock
It wouldn’t be a RailsConf without a night of Ruby Karaoke! This year we are bringing the Famous DJ Tony, who some folks might remember from Abstractions Conf. We’ll take the stage at Hard Rock Cafe Pittsburgh for a night of tunes! Bring your A-game and enjoy the most fun part of the Ruby Community!

2 - Amazing Keynotes
Needless to say, content is the tops - and RailsConf always delivers! We’ll see the usual cast of characters in the hilarious Ruby and Rails Core Team Aaron Patterson and the infamous DHH, creator of Rails. Alongside these RailsConf stalwarts is another contributing core team member, Eileen Uchitelle! Between these three, we should get our fill of what’s next in Ruby on Rails!

1 - That Steel City Feel
No stranger to Rubyists in the Northeast, Pittsburgh is a city where passion meets work ethic, where hard work never goes unnoticed or unappreciated. This is the perfect opportunity to bring the community back to Pittsburgh and for the community to see the Steel City in all its shining glory!

These are just five of the possible reasons to head to Pittsburgh in April. Don’t miss out! Grab tickets now and we’ll see you at the Engine Yard booth...and in the Steel City!