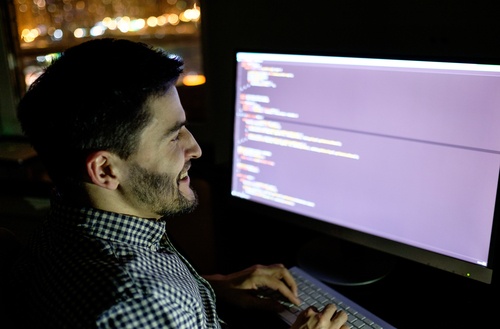 In Rails, hash typically appears when passing options. Here's code that gets all the messages that are locked.

Standalone hashes should have {} but inside a method, you can omit them. The code above is similar to

The values on a hash can also be hashes and you see this in a lot of places in Rails. For example,

form_with takes 1 hash as a parameter. In this case, the keys of the hash are model, data, and html. The value of model is the ActiveRecord object @post. The values of data and html are the hashes { behavior: "autosave" } and { name: "go" }, respectively.

Symbols and strings can both be used as keys on hashes. In Rails, both will return the same results.

The second line is the hash syntax prior to Ruby 2.0 and is still valid today. If you want to use strings as your keys you need to use this syntax.

Use symbols instead of strings on your hash keys. Most Rails code use symbols.

What do you think? Leave your comments below.

Deploy and run your apps on Engine Yard