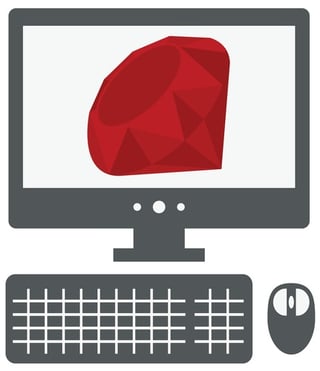 A few years ago there was a whole lot of hubbub in various spots about Ruby being dead. Here we are, three years later, and the same arguments are being bandied about. Ruby is a programming language built for happiness - that’s the underlying principle. Why would a community of happy individuals and teams let that die?

This was the impetus for a good deal of discussion the past few months. It seems Ruby, along with some other languages, are being billed as dead mostly due to their maturity. In the fast and furious world of coding, what brings folks to this conclusion?

First, we’ll look at some statistics. According to what many consider the industry benchmark, the Tiobe Index, Ruby is still in the top 15 most popular programming languages. That may not sound very impressive - until you take into account the sheer number of languages available. Tiobe examines over 100 languages and publishes the top 50 on a monthly basis.

Also, when compared to those around it in the index, Ruby is in good company. Go, Visual Basic, Perl - all these are great, commonly used languages - are they dead or dying too? There’s no reason to think so.

Beyond the stats, there is the strength of the Ruby Community. Most recently, Engine Yard took a trip to New Orleans, Louisiana for Ruby Conf. While it was great to see some of the many thought leaders of the Ruby Community like Sandi Metz and Chad Fowler, we noticed something even more impressive - tons of new people.

Several people who had never attended a Ruby conference before, who were newly minted Junior Devs from boot camps or universities, people who only started Ruby a few weeks before the conference - all these folks were there to enrich themselves, learn more about the language they love (or were falling in love with), and interact with an amazing, diverse, and welcoming community. The halls were thriving with excitement and people sitting together to work with and on the Ruby language.

Without people, a community cannot survive. If the community doesn’t survive, it’s easy to see where the technology the community is embracing might atrophy. This doesn’t seem to be the case with Ruby or its community.

Time has marched on. Ruby is not the cool new thing (actually, we’d be hard put to say what is). But it isn’t always about following the new trend. Some programming languages come and go. Others, like Java, show no signs of ever stopping. We see no reason to think Ruby is on its way out.

That said, we look forward to Ruby 2.5 and its new capabilities. We’re also excited about the growth of Rails and other alternatives, like Trailblazer and Sinatra, Volt and Hanami.

With so much going for it, we can comfortably say Ruby isn’t dead. And chances are, the best is yet to come!

Are you ready to deploy?
Start a free 500 hours trial