Using Services to Keep Your Rails Controllers Clean and DRY 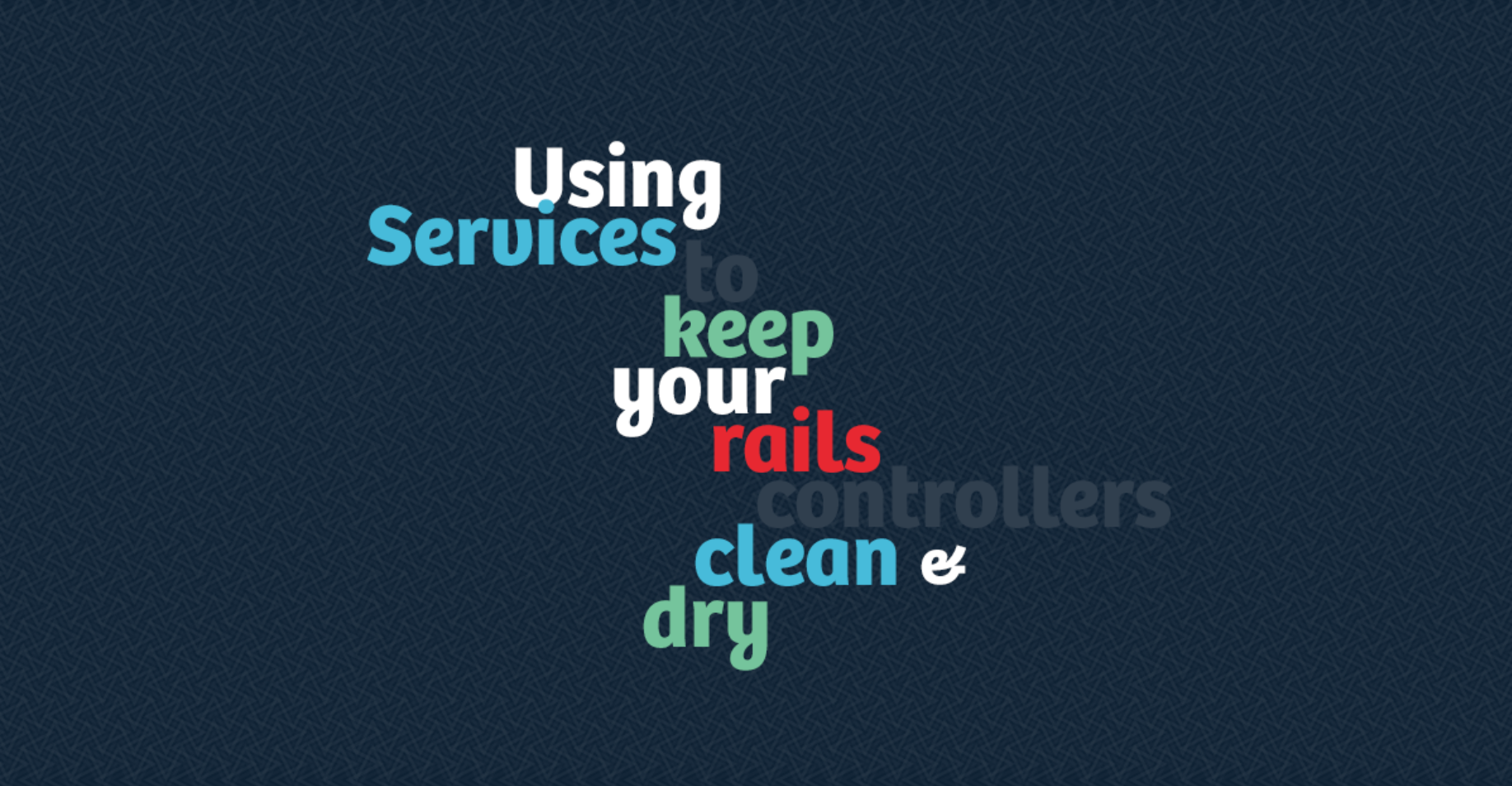 We’ve heard it again and again, like a nagging schoolmaster: Keep your Rails controllers skinny. Yeah, yeah, we understand. But that’s often easier said than done—because things get complex. And we need to talk to other parts of our codebase or to external APIs to get the job done.

Mailers. Stripe. External APIs. All that code starts to add up.

Ah Tss Push It…Push It Down the Stack

“Where should this code live?” you ask. The answer comes like a resounding chorus: “Push it down to the model layer!”

But what if we want to keep things simple? Models should actually reflect the business objects related to our app, according to domain-driven design and other approaches.

Time to get custom!

Crack open the ol’ app folder. What do you see? The usual fare? Guess what. Just because Rails comes with six folders doesn’t mean we’re restricted to six types of objects. Let’s make some new folders!

I like to create various kinds of service objects in my Rails apps. Tomek Pewiński’s 2014 article in Ruby Weekly does a great job of covering how to write service objects that help complete an action, like create_invoice or register_user.

Here’s how the app folder might look with all of these subfolders in it:

Let’s give it a try, right now! We’ll make a credit card service that uses the Stripe gem.

We’ll create an app/services folder and touch a credit_card_service.rb inside of it. It’s going to be a Plain Old Ruby Object™ (PORO).

It’s probably a good idea to wrap the calls to the Stripe gem in local methods like external_customer_service and external_charge_service in case we ever want to switch over to Braintree or something else. On object initialization, we’ll use dependency injection to accept charge amounts, card tokens, and emails. Our service will expose charge! and create_customer! methods to hook up our controllers.

Now we can write some clean, maintainable controller code. We keep the registration logic private—and if we ever want to change it, the controller doesn’t have to know anything about it.

Since we’re just using a PORO, this should be nice and easy to test. Make a test/services folder, and if you want to add its contents to your rake tasks, try this. Let’s assume that we already have a test_helper.rb that includes the Rails helpers in ActiveSupport::TestCase and mocha.

The last thing you want in your Rails app is a bunch of complicated controllers that are difficult to change. Though it may sound pedantic, those chants of “Skinny Controller, Fat Model” are right. It’s easy to answer “Where should I put this code?” with “Let’s open the app folder and see what cubbies I was given.”

Don’t be afraid to take your Rails project by the horns! You can create your own actions, decorators, support objects, and services. Start including these patterns in your Rails app and your code will come out clean and DRY—so fresh and so clean!

Deploy and run your Ruby apps on Engine Yard