Innovating with RubyInstaller and Windows

Note: Luis Lavena recently won one of our first ever Engine Yard Innovator awards in the Ruby category. Here, he talks about what he’s been up to.

Hello, my name is Luis Lavena. During the day I work as Technical Director AREA 17, an interactive agency building websites across the world. At night, I work on RubyInstaller, a project I created that provides a binary distribution of Ruby for Windows. Between all that, I also contribute to Ruby fixing (as a Ruby-Core committer)and improving its support on Windows.

Now and then you will see me tweet report issues on GitHub and sometimes fix gems to work better on Windows.

This December marks 5 years since RubyInstaller was created to replace One-Click Installer. Counting only the last two years, RubyInstaller’s binary packages have been downloaded more than 2 million times.

Also over this time, the Ruby community has become more aware of how important diversity and better support for platforms is. Day by day and release by release, Ruby is moving away from what was once a nightmare getting it to run on Windows and is becoming a better citizen (and a faster one). None of this would have been possible without the effort and commitment from contributors to both RubyInstaller and Ruby itself. __What’s next? __

Wanna try it out? I’ve put together a series of steps to get you testing Ruby 2.0 in the following Gist: https://gist.github.com/3251384

Looking for help? Join us at RubyInstaller Google group.

Thanks to those who were at the beginning, that gave suggestions along the way and that continuously help to improve it. 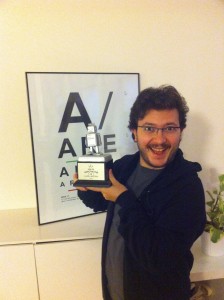