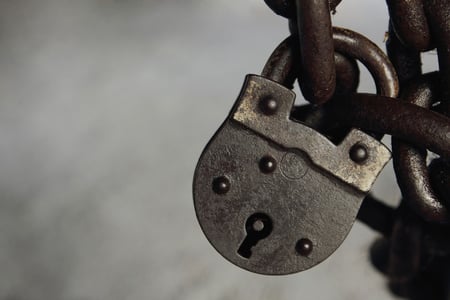 Update: Encrypted secrets will be deprecated in favor of encypted credentials on Rails 5.2. Click here for more details.

Rails already provides a way to handle secrets. This has gotten better in 5.1 with the introduction of encrypted secrets. Find out how to use this feature and what you need to change on your current Rails application.

All Rails applications need to handle secrets. At the very least, you need a secret key base. Some apps need tokens to use third-party APIs. Best practice for handling secrets in Rails is never to commit these secrets in your repository. You don't want anyone who has access or might get access to your codebase to have your credentials as well.

There are 2 ways to handle this.

The default secrets.yml generated by Rails read the secret_key_base from the environment variable SECRET_KEY_BASE. You can follow this pattern when adding your other secrets.

2. Put your secrets on secrets.yml. Do not commit the file to your repository.

You don't want anyone who has access to your codebase to see your secrets. If you put your secrets directly on secrets.yml instead of using environment variables, you need to upload the file to your servers through other means.

This option is safe as long as you can securely put secrets.yml on your servers. This can be done through scp or sftp. If you're an advanced user, you can also use something like Chef Data Bags or Vault.

Encrypted secrets provides a few advantages over the two options above. Before we list them, let's take a look at how to use it.

This feature is off by default. If you're using Rails 5.1 and didn't set up encrypted secrets then you're not using it. To start using encrypted secrets, you need to generate a key. On your Rails root directory, run

After creating the key, even though config/secrets.yml.enc is not empty, it doesn't contain any secrets. To add your secrets, run

Your text editor will open an unencrypted version of your secrets (which in the beginning is just comments), similar to what you see on your secrets.yml. If you don't have EDITOR set, you can run EDITOR=vi bin/rails secrets:edit or use your favorite text editor.

After saving the file, the encrypted version will be saved to config/secrets.yml.enc.

The Rails app will not read the secrets automatically even if you have the key and encrypted secrets in place. You need to add

The secrets are available on Rails.application.secrets as always.

If you want to decrypt the secrets and show them on the command line, you can run

While using encrypted secrets provides a number of advantages over unencrypted secrets, we still have to find a way to put the key in place. Our options are similar to handling secrets pre-Rails 5.1. You cannot save the key to your repository because someone who can access your code can then decrypt the secrets.

You can scp or sftp the file. In Engine Yard, you only have to do this once. When you scale your environment, the new servers will get a copy of secrets.yml.key.

If you need to give a developer a copy of the key, never send it via email (unless you're using encrypted emails which most of us don't!) You can use a password manager because they use encryption.

2. Put the key on the RAILS_MASTER_KEY environment variable.

In some cases where you can't upload a file, this is the only option. Even though this is convenient, take note of the security risks mentioned above. The risks can be mitigated, but if you can upload secrets.yml.key then use that option.


A Note on Secret Key Base

Encrypted secrets offers a few advantages over plaintext credentials or environment variables on secrets.yml. Rails like many times in the past has provided us a simple workflow. Try the encrypted secrets feature and let us know in the comments what you think. Thank you to all Rails contributors who made this feature possible.